The Truth Behind: King Arthur is airing on National Geographic. Arthur's story is such a rich and important legend, I thought it deserved a bit of space on the website!

As an anthropologist, I’m fascinated by a culture’s legends – do these well-loved stories have their origins in real historical events? How are they used as powerful, political tools to influence people?  How do they affect the ways we think about the world and about our own lives?

Legends have incredible power, and the people who write, tell and share those stories know it.

One of our most compelling legends is the story of King Arthur – a warrior leader, romantic hero, once and future king of the Britons, with a courtful of loyal knights, a round table, a magical sword…He’s said to be resting until he is summoned once again to help the Britons in their time of need. 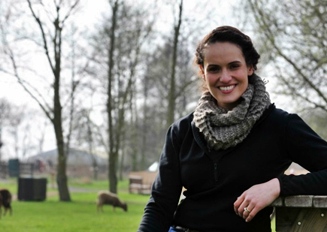 Did an Arthur ever really exist?  And where did the legend come from?

The Arthur we imagine - galloping around on a warhorse, swinging his broad sword, wearing shining armour - is a combination of modern TV character, a Victorian romantic hero from an imagined ancient Golden Age, and a creation of late medieval court poets telling stories of love and honour and chivalry.

The definitive version of Arthur’s story, published in 1485, was written by Sir Thomas Malory.  He drew together all the varying forms of the Arthur story that had been popular in French and English medieval courts for hundreds of years, he wrote the book in English, and it was a hit.

But - if there ever was a real Arthur, he would have lived in the 5th or 6th Century – almost 1000 years before Malory wrote his story.  This period in Britain is often called the Dark Ages – after the Romans left around the year AD410, technological innovation seems to have slowed, there was less international trade, and the native Britons seem to have gone back to earlier, traditional forms of settlement.  No more Roman villas – instead, round houses, defensive hill forts and smaller, tribal kingdoms.

After the Romans withdrew, Angle and Saxon warriors from the continent invaded Britain.  They established wide areas of influence across the south and east, but it appears that there were pockets of native resistance.   Archaeological evidence shows ‘re-fortification’ of certain sites, where lots of effort was put into improving the defensive structures (new fences, bigger and higher earth banks, populations moving in to these defended areas from the surrounding countryside).

Could these hillforts, like Cadbury Castle in Somerset, have been used by a King called Arthur?  Perhaps…but there is no evidence that specifically links anyone called Arthur to any of these places.

There are some controversial historical records for an ancient Arthur:

The earliest mention is in a 9th century document, Historia Brittonum (the ‘History of the Britons’), written by a man called Nennius.  The Historia is an account of British history made up of a collection of early sources, Welsh folklore and what seems to be a good dose of imagination.  Nennius knew how to tell a good story.

He describes briefly how someone called Arthur fights twelve battles, and in the final battle at Mount Badon, he kills 940 men single-handedly (‘fell by his hand alone’).  Now, it doesn’t take a military historian to query the accuracy of a statement like that, does it?  Nennius doesn’t refer to this Arthur as a king, either, but as a ‘Leader of Battles’.  Arthur was chosen as commander, even though there were many men ‘more noble than himself’.

The next document is the Annales Cambriae (meaning ‘Welsh Annals’) – which also mentions the battle of Mount Badon.  The Annals have entries for each year, and they show that the battle of Mount Badon happened between AD516 and AD518.  The thing is, the Annals were written in the 10th Century.  Which means that the events the chroniclers were writing about happened at least 400 years earlier.

And it’s possible that the authors of the Welsh Annals added in the information about the Battle of Mount Badon after reading Nennius’ History of the Britons.  So we’ve only got one source, which is unreliable for historical accuracy and doesn’t talk about a king.

Bede doesn’t mention him.  Neither does Gildas, another early chronicler.  In fact, there is no mention of Arthur in any surviving record written between AD400 and 800.

It’s easy to be a skeptic.  But the fact that we haven’t got a reliable early document about Arthur’s existence isn’t that surprising - there aren’t many documents from the Dark Age period in total.  So even if a regional king called Arthur did exist, we might not find definitive documentary proof.

The other important written source is by Geoffrey of Monmouth -  the Historia Regum Britanniae (The History of the British Kings) written in the 1130s. This is what historians call a ‘pseudo-history’, where the author combines imaginative storytelling with a fanciful version real life events.

It wasn’t Geoffrey’s intention to write down the most accurate version of events – he’d been commissioned by the new Norman leaders of England to write a history of their new lands (following the Norman Conquest in 1066). So Geoffrey wrote a brilliant, imaginary account of British kings, starting with the Trojan warrior Brutus, through some of the legendary Welsh Kings, to Arthur and beyond.  Geoffrey’s story made it sound like the new Norman leaders had always been the rightful kings of this land, the obvious successors in this wonderful lineage of super-powerful heroes.  It’s storytelling propaganda.

Geoffrey is the first to tell Arthur’s story in a way we recognise – he describes Arthur’s father, Uther Pendragon; he tells how Arthur was conceived at Tintagel; the characters of Merlin, Guinevere, Gawain and Mordred are all present and correct. But…it ain’t necessarily true.

What about the sword, Excalibur?  Well, across cultures and through time, swords have been seen as symbols of power not just in the real world, but also in the spiritual realm.  And the ability of a hero to complete an impossible task is a common motif in folklore. It’s a way of revealing someone’s true power in an indisputable way.

In Thomas Malory’s story, Arthur actually has two swords – the first is the one he draws from a stone (or from an anvil set in a stone).  This sword is enchanted, so that only the true and rightful King of the Britons can draw it out.  Many famed warriors try and fail, then Arthur comes along (I like to imagine him as a weedy teenager) and draws out the sword easily.  This young lad doesn’t know it, but he’s actually the secret son of the King, and is destined to lead his people against the invaders.

This first sword doesn’t actually have a name.  And some time later in the story it gets smashed.  Arthur’s trusted advisor, the sorcerer Merlin, leads young Arthur to a lake and suggests that there is a new sword to be had.  This second sword is Excalibur, and is offered to him by the Lady of the Lake.

The idea of a special, magical sword as a test of true kinghood is not unique to Arthurian legend. It has cousins in many different traditions around the world:

In the Norse epic about the hero Sigurd (or Seigfried) - popular from AD600-1300 – Sigurd’s father was able to draw the sword ‘Gram’ (wrath) out of a tree where the god Odin had stuck it.  The sword passed to Sigurd after his father’s death, was reforged and became so strong that it withstood every test, and could cleave an anvil in two.

There are swords belonging to legendary heroes in Malaysian, Vietnamese and Japanese cultures.  Even the Emperor Charlemaine (AD768-814) supposedly had a legendary sword ‘Joyeuse’, said to still be held at the Louvre in Paris.

And in fact, in Malory’s story, Merlin inserts the knight Balin’s magical sword into a block of marble where it remains until Galahad is able to remove it.  They do love a stuck sword!

There’s also an ancient Irish sword carried by legendary heroes called Caladbolg.  It’s more likely that the names both derive from the same ancient term for sword, rather than them being the same mythical sword that spans different folklore traditions.

From Geoffrey’s Caliburnus, the name evolved in the French court poems and romances, finally cemented as Excalibur by Thomas Malory in 1485.

- In Malory, it’s actually the sheath of Excalibur that was said to protect Arthur from harm, rather than the blade itself.

- In early versions of the story, Arthur doesn’t just have a sword, he also has a shield and a mystical spear.  His spear is called Ron.  I know, I laughed too.

And what about metal working?

Metallurgy is a magical process – grinding special stone, submitting it to terrifying heat, and then hammering, shaping and sharpening to produce an object that is beautiful, powerful and precious.  Smiths were very likely ritual and magic specialists, rather than rational technicians.  It's a pattern that follows through many cultures and periods.